Climate Central calculated the average annual temperatures at 244 individual U.S. stations throughout their periods of record, highlighted the decade in which each record hot year was established, and showed the breakdown of each station’s records by decade. 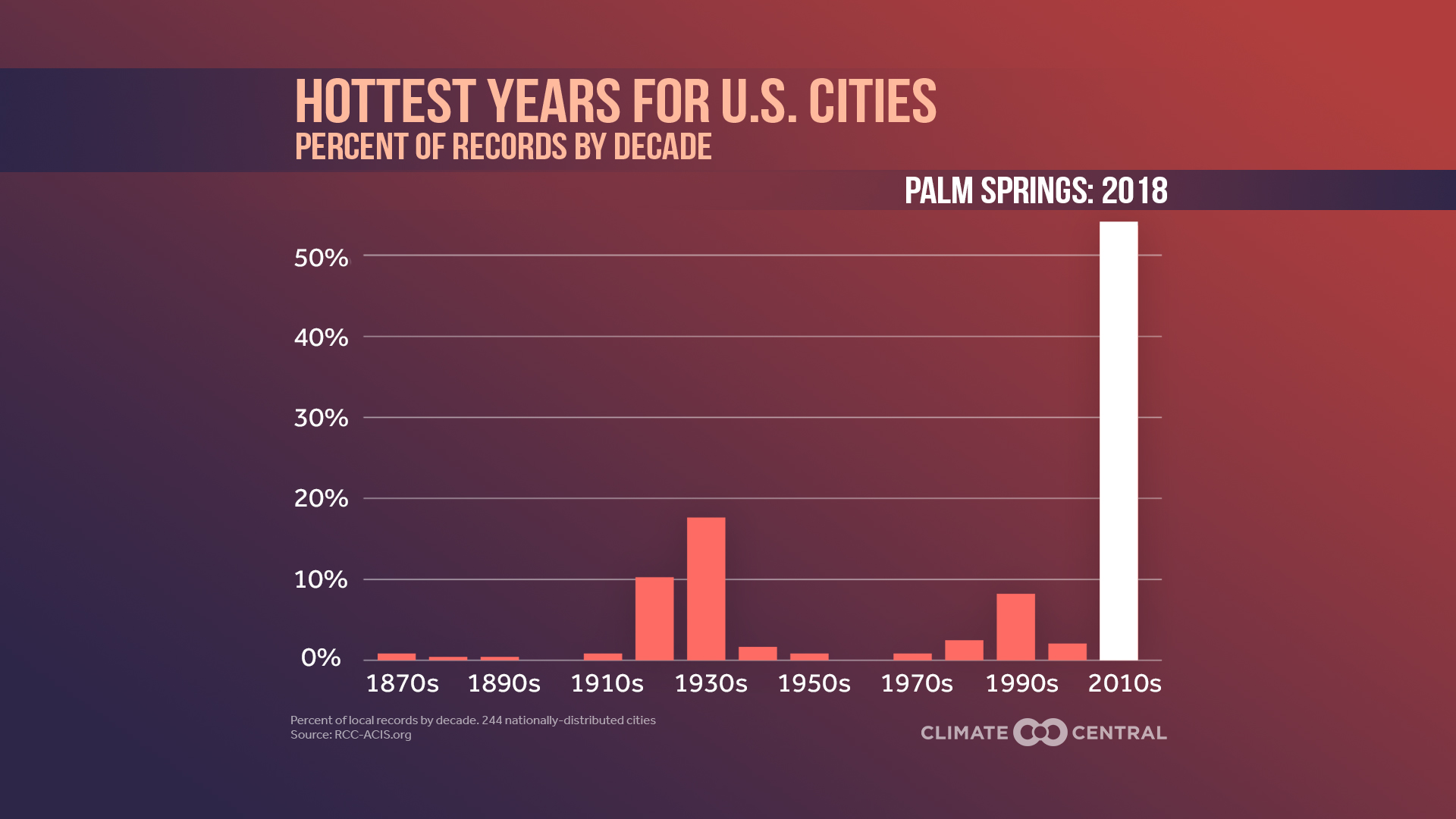 Despite a cooler than normal November, 2018 was still running way above average — year-to-date temperatures through November were 16th warmest on record.  Through December 22, the last day before the government shutdown made data inaccessible, the number of daily record highs in 2018 outnumbered the number of daily record lows by a ratio of 1.68-to-1. That ratio may not be as dramatic as in recent years, but even with local short-term warming and cooling, overall warming from the buildup of greenhouse gases in the atmosphere continues to drive the long-term temperature trend.

Methodology: Data was gathered from the Applied Climate Information System. Average annual temperature was determined using the average of days (not the average of months). Years with more the 30 days of missing data were removed from the analysis. In case of a tie (22 occurrences), the most recent year is represented. Former Weather Channel meteorologist Guy Walton maintains a comprehensive records database, analyzing monthly, annual, and decadal records trends.